Close encounters of the Grouse kind!

A tale of a violent & bruising attack by a rogue Red Grouse.

In late autumn on the Grouse moors of the Highlands the male Red grouse are busy establishing their territories.  A grouse moor at this time of the year is anything but peaceful as the air is thick with croaking calls of the male grouse, as well as calling the cock birds can often be seen surveying his territory from the highest and most convenient vantage point, more often than not a nearby rock or boulder.

The life of a grouse is mainly one of laying low in the heather, by using their exceptional camouflage trying to avoid predation and in the late spring and early summer tending to their large broods.  Most people’s encounters with Grouse occur whilst walking on a heather covered hillside, suddenly and without warning there’s an explosion at your feet as the grouse take flight, a heart stopping moment for anyone!

I was very lucky recently to have a unexpected and thrilling close encounter with a rogue red grouse, I knew from the instant this bird landed just a few metres away from us and confidently started to display that this was going to be something special.  Its behaviour was very reminiscent of the encounter I had with a rogue Capercaillie a few years past.

At first I decided to give the bird some space I stayed back and took pictures using a 300mm lens as I did this on his terms he decided to come over to me, it was as only when he stood at my feet and looked up to me that it actually dawned on me that he actually was a rogue bird!

It doesn’t take a rocket scientist to work out my next move would be, it was time for some wide angle shots.  One thing I have failed to mention was that I was aware that the sun was about to drop behind a mountain and within the next few minutes the light would be gone.  I had to work fast, as I changed lenses he came over and stood beside me he was making a soft ‘cooing’ noise as he poked around in the heather.  I moved back down the slope towards some cleaner ground he followed me like a dog walking to heel, I sat beside a rock tapping it with my hand and low and behold he hopped onto it! 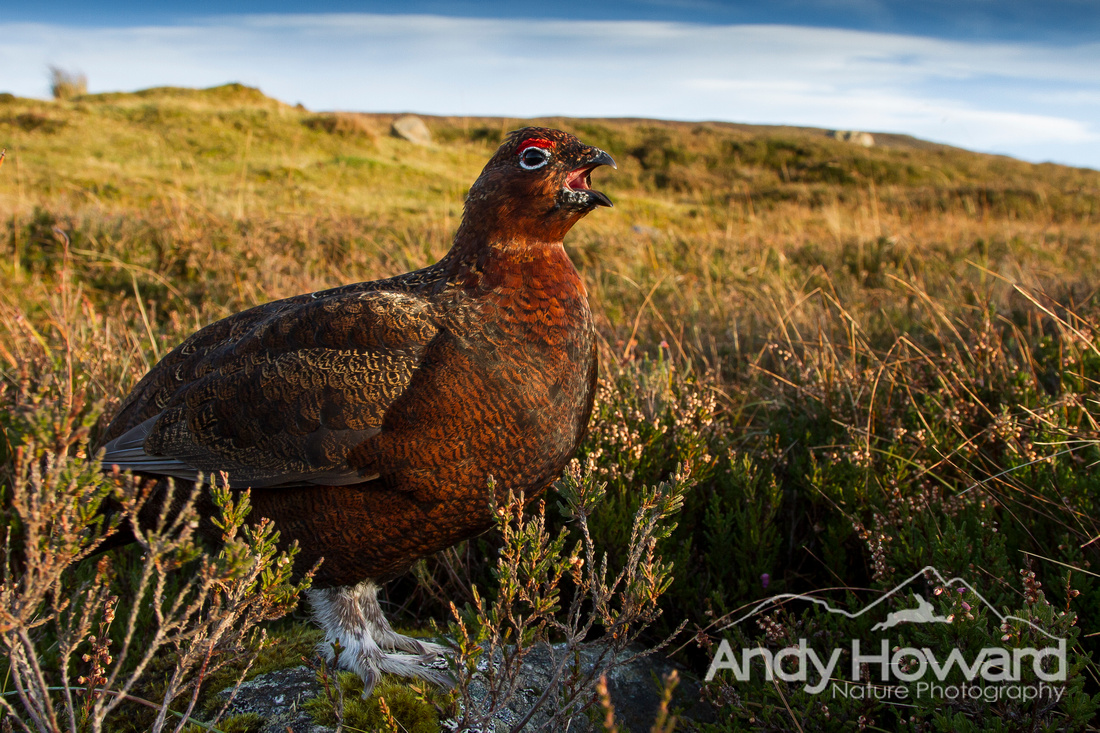 The clock was really ticking now and I only had a couple of minutes of decent light left, he jumped down from his boulder gave me a sideways glance and started feeding on some nearby heather.  As he did this I quietly and gently lay down next to him and started to take some low angle shots.  Annoyingly though there were some straggly bits of grass in the foreground, I slowly reached forward to remove them and without warning he charged towards my hand and latched on to my finger!  I instinctively recoiled my hand but he remained firmly attached, so there I am lying in the heather with a rather aggressive grouse now less than twenty centimetres from my face, for a moment I don’t know who was more taken-a-back him or me!

I’m glad to say no harm came to either of us, I had a small bruise on my finger which I have to say did made for interesting and entertaining anecdote at work the next day.  As the sun finally set on this wondrous encounter the last few images I took were of him silhouetted against the setting sun. 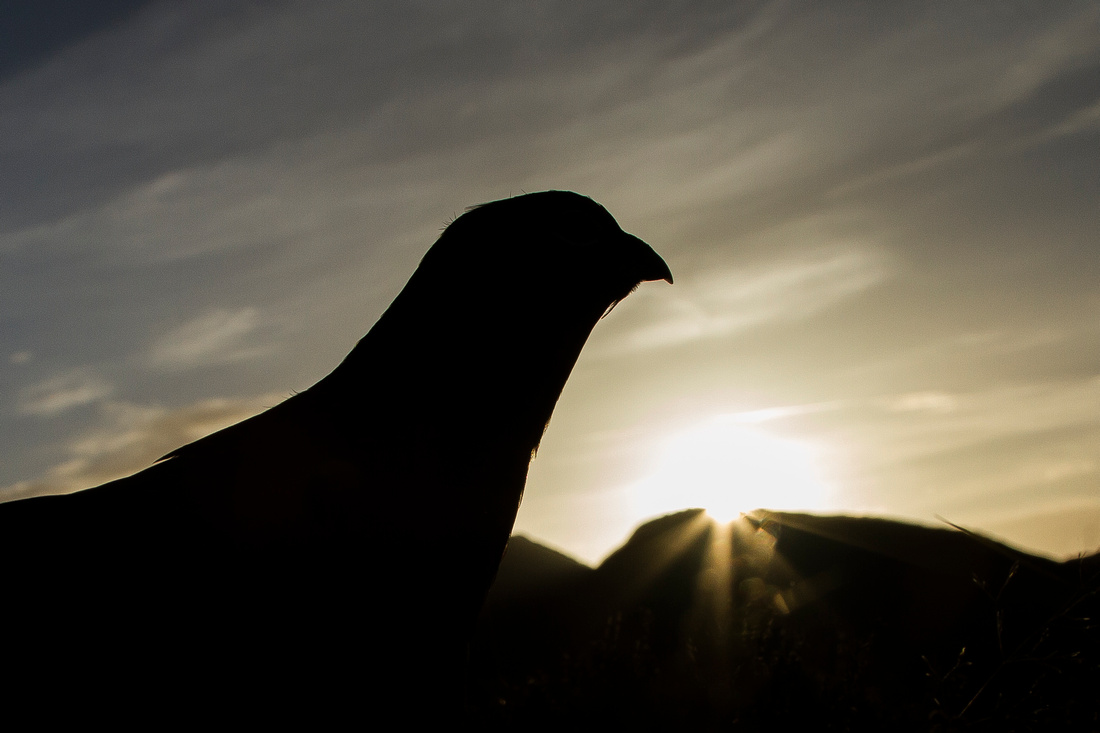 I returned to the same spot a few days later but sadly he was nowhere to be found. It’s moments like this that will stay with me forever.

The R.S.P.B describes grouse as:

The Red Grouse is a medium-sized game bird.  It has a plump body, a short tail and a lightly hook-tipped bill. It is reddish-brown, with its legs and feet covered in pale feathers.  Birds breed in the UK in the uplands of the north and west and are resident all year round, travelling very little in their lives.  The population is declining, perhaps linked to diseases and the loss of heather moorland.