Roe Deer Rutting on the Doorstep

Roe Deer Rut On The Doorstep!

Tonight Lyndsey and I were treated to ring-side seats at one of the greatest wildlife events, a deer rut and it happened just 25m from our door!

We had just returned from a weekend away and were both busy unpacking, I glanced out of the office window and noticed a Roe buck walking along the edge of the field, nothing unusual about that. I then noticed another deer in the adjacent field, again nothing strange as we have up to four of five in the vicinity of the house. 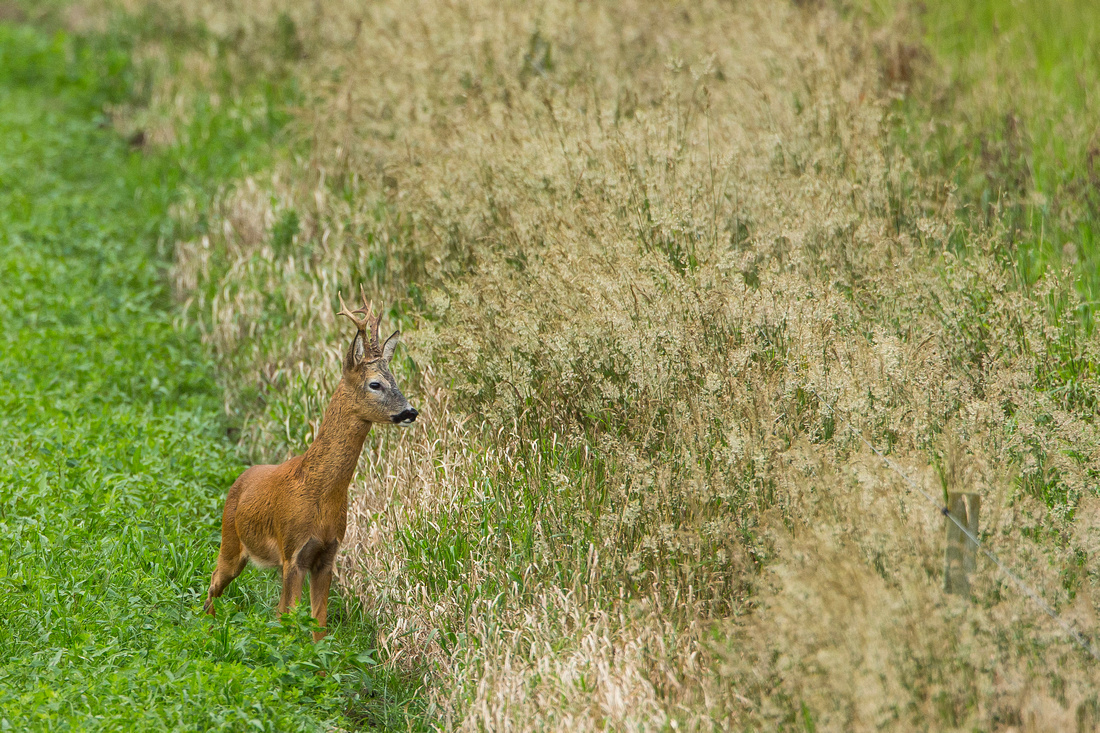 I watched as the first buck (I’m going to call him ‘Grey-face’) made his way over to the other deer, at this stage I hadn’t realised it was ‘White-face’ our most recognisable buck in the area. All of a sudden they had quickly crossed the fields towards each other and ended up right in front of the house. ‘Grey-face’ then started to paw the ground and it suddenly dawned on me that we had two Bucks about to square off to each other. I hastily grabbed the camera and beanbag then gently opened the office window. 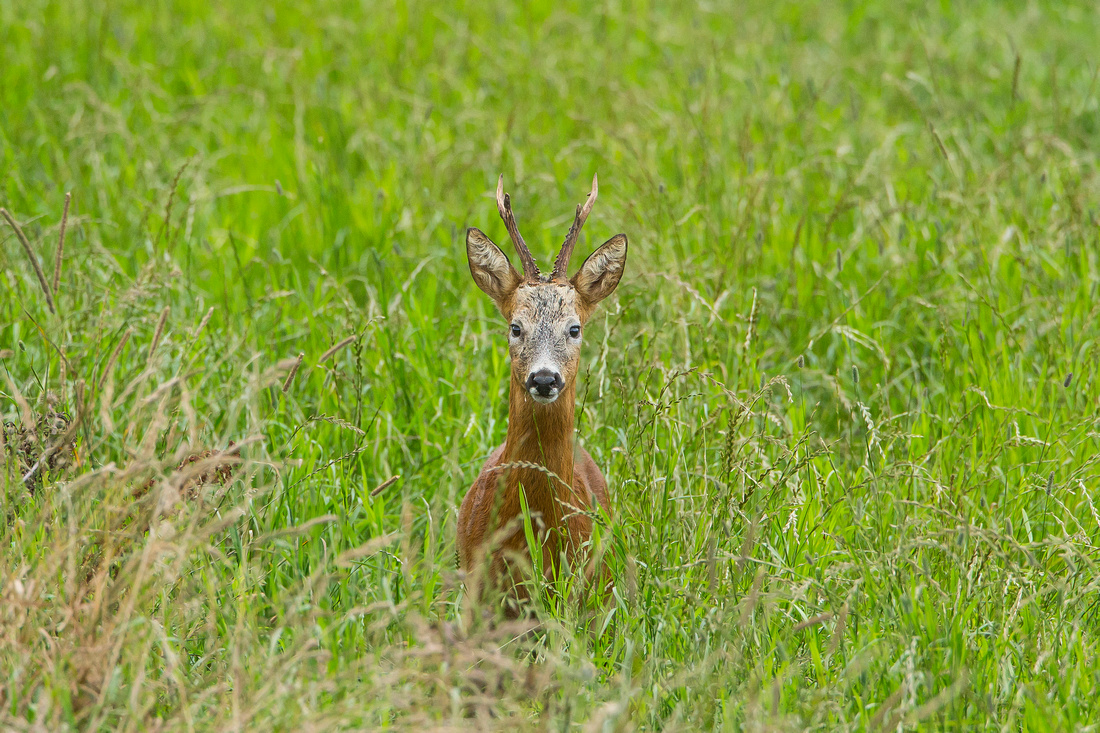 By now there were on opposite sides of the fence and ‘Grey-face’ had adorned himself with some greenery! ‘White-face’ was busy prancing in parallel to his challenger. They met face-to-face at the gate and stared at each other, only when one moved did the other follow suit, lots of pawing and gesturing ensued. 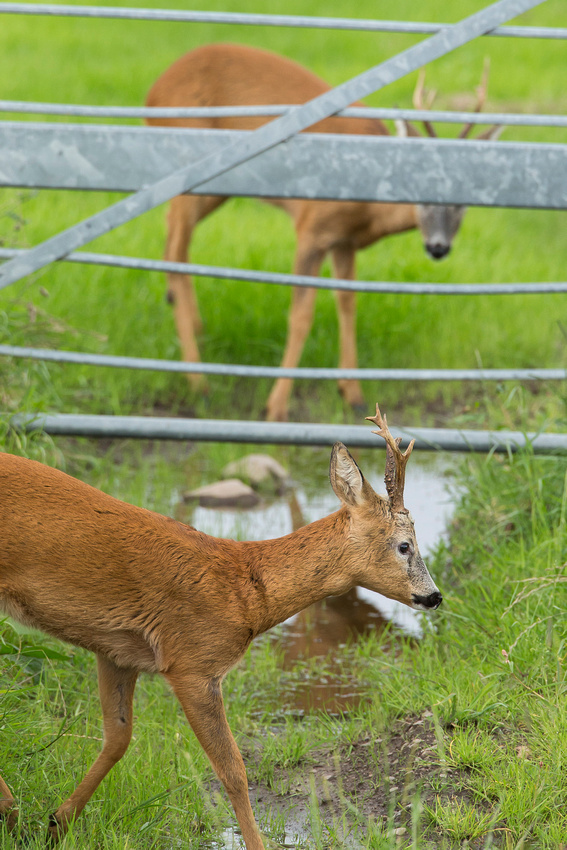 ‘Grey-face’ then seemed to lose interest and started to move away, as he did so ‘White-face’ jumped the fence and was now face to face with his rival. What happened next was so quick that I barely had time to react. 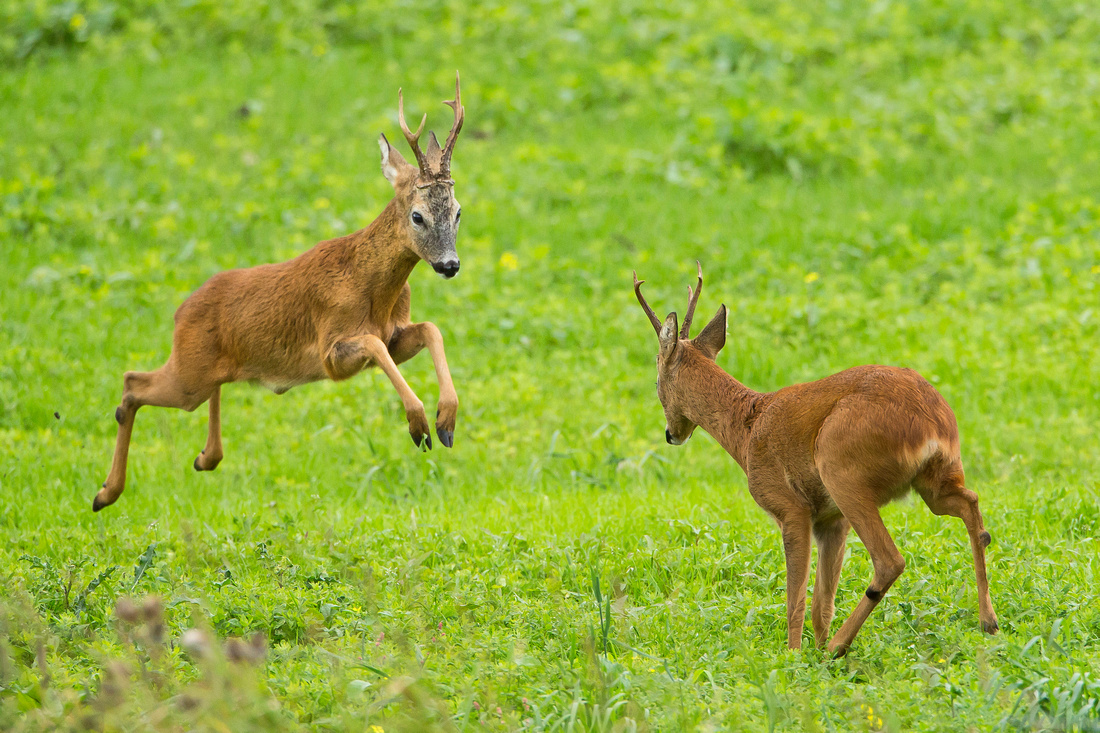 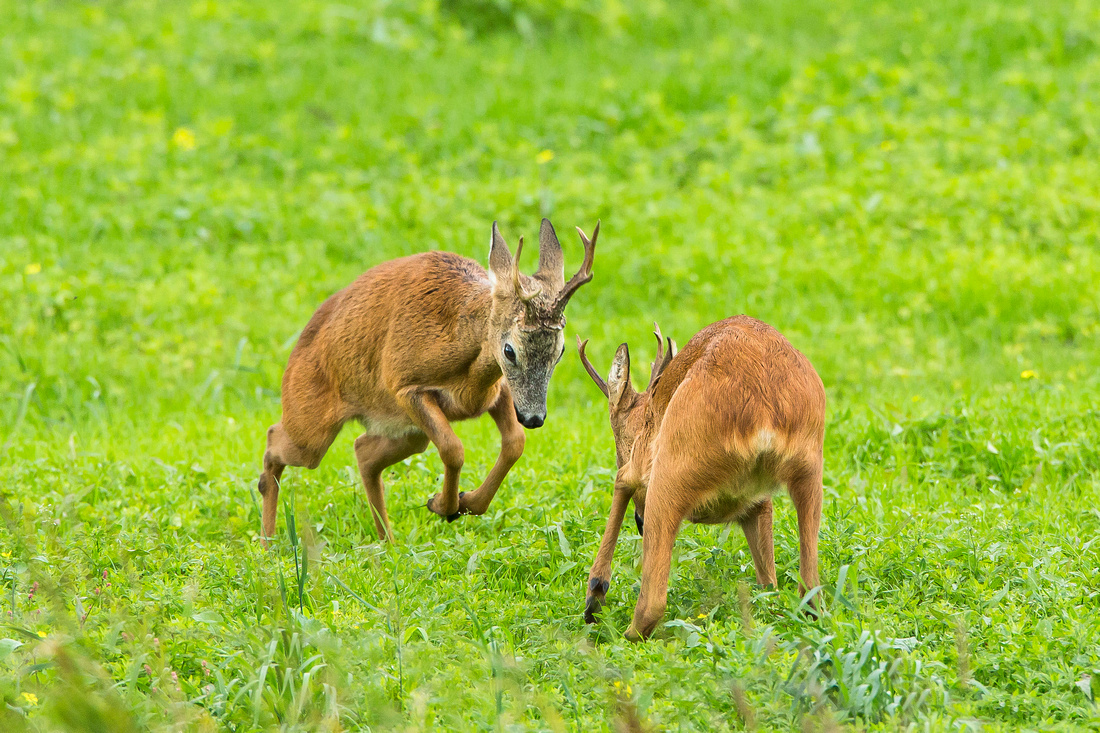 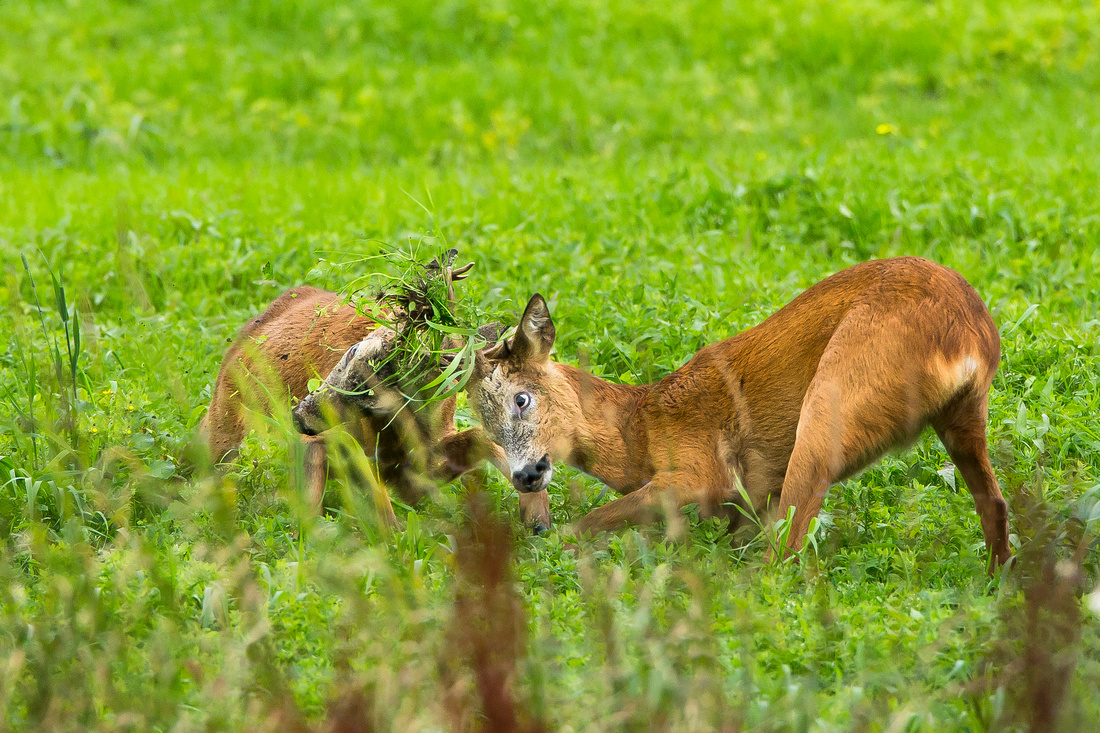 Just as their larger cousins the Red Deer do, both Bucks charged towards each other, reared up and locked antlers. I pressed the shutter release button and hoped I’d caught some of the action. The whole thing only lasted for a few seconds, they then separated and headed off in different directions, and every now and then one would turn around and keep a watchful eye out for the other.

What an absolute thrill to have such a wonderful spectacle on your own doorstep.