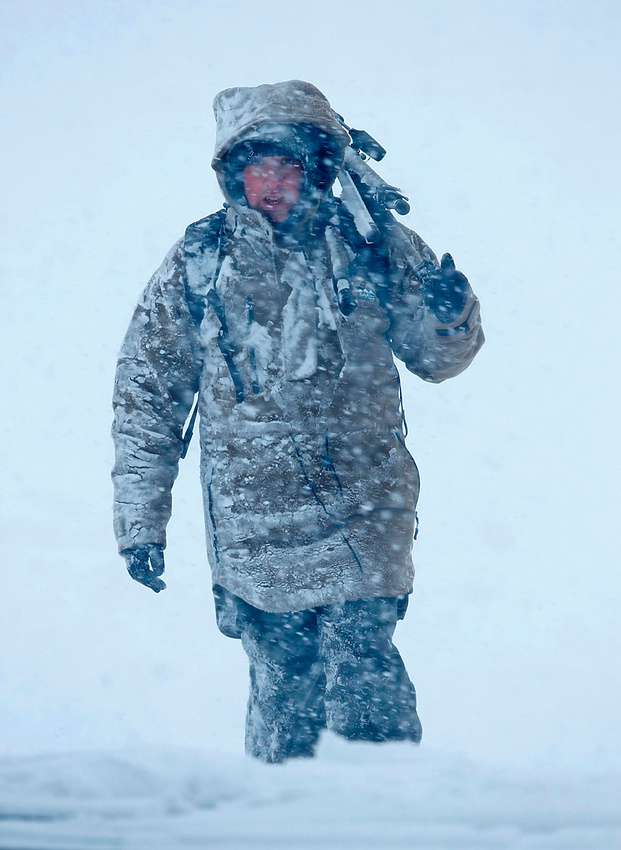 I was recently given, by team at Ridgeline clothing, some garments to test/trial. At this point I have to come clean and admit that at the time I was recommended this range by a friend I hadn’t actually heard of it. This review is totally impartial and I have not received any payment for writing it, in fact when I initially talked to Ridgeline they said ‘if you don’t like the gear just say so!’. Well I’m pleased to report that I’ve been genuinely impressed by its performance. In the past I’ve spent upwards of £300 on a jacket only to rip it or find the material too noisy to stalk (stalk to photograph, not shoot!) a nervous animal. I’m not saying that these other garments aren’t good in certain circumstances but for what I do they just don’t ‘cut the mustard’. I’m quite demanding of my equipment so durability is very important to me. The toes of my walking boots have been worn through by me crawling on my belly across super abrasive Cairngorm granite, I’ve torn numerous jackets and worn through the sleeves of many a fleece, I’ll not even mention the untold damage caused to my camera equipment! 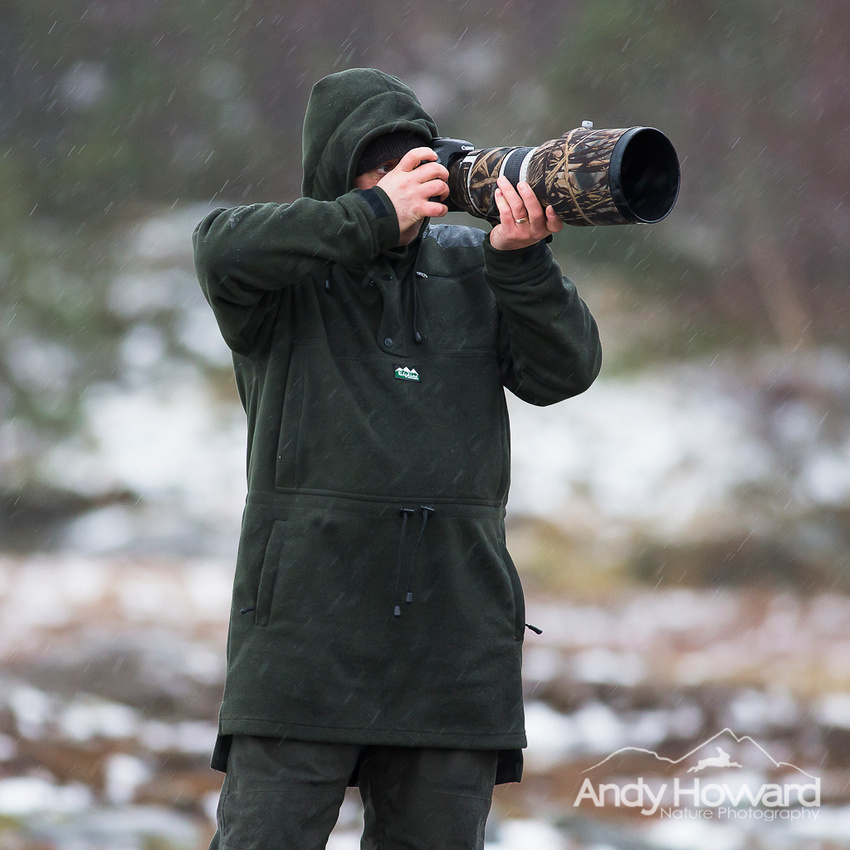 As some of you will already know I specialise in photographing Mountain Hares, Ptarmigan, Dotterel and another one of my favourite species is Black Grouse, all of these have one common denominator, The Cairngorms. This is where I spend most of my time photographing these mountain specialists. I’m a great believer in the ethos that to truly understand a species one must spend the maximum time with it, in all conditions and at all times of the year. This can result in spending many hours in what would seem to many as uncomfortable conditions.
It’s these conditions I find myself in that makes good clothing so important to my comfort. The garments I was testing were the Monsoon Elite Smock, the Grizzly Smock and the Roar Trousers 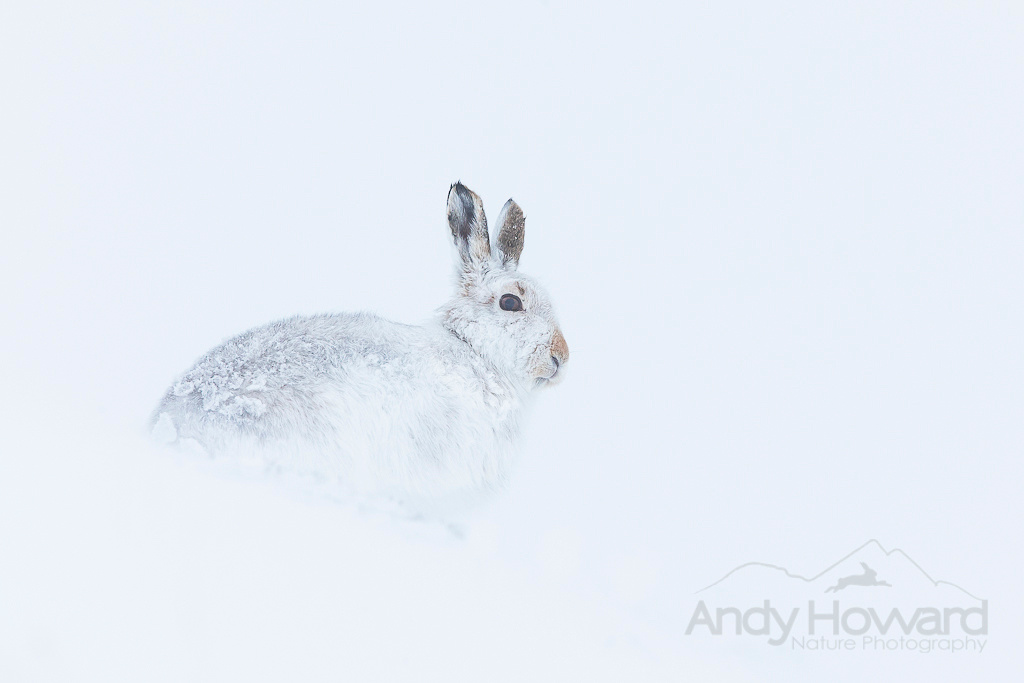 On first impressions the idea of a smock didn’t really appeal to me but I went along with the suggestion from my contact at Ridgeline, after a lengthy conversation he suggested that this garment would be the most practical garment for the type of conditions I work in. The outer material feels a wee bit like a synthetic moleskin, it has a ‘quiet’ soft outer layer which comes in really handy when moving across noisy heather or boulders, there is a little bit of rustling from the inner layer, but nothing like as much as my previous speciality ‘wildlife photography’ jackets. I’ve never worn a smock before and it did take a bit of getting used to. When walking on more strenuous ground they are a lot hotter than a traditional jacket so I’ve learned to wear the fleece smock on the walk-in, then put the Monsoon smock on once I’m in situ. Saying that, on the harshest day of the winter so far I wore it on the walk-in as the temperature was minus eight (plus wind chill) and it was snowing really hard so on that occasion I wore both.

Wearing a fleece smock is never going to be flattering so for the fashionista’s out there, you should look away now! On the other hand, for those of you that are interested in staying warm, you should seriously consider one of these fleeces. As you’d expect from a three quarter length garment, your backside and thighs are protected by the added length. It’s amazing how much less energy you use in your leg muscles when those muscles are kept warm. If you’re like me and you spent time lying on cold and damp ground this is also made more comfortable by the length of the smock; it also works better when crawling across the ground commando style! The Roar trousers are well constructed in the same type of soft material of the Monsoon Smock, reinforced in the right parts, the backside and knees. The knee length zips are wide enough to pull the trouser leg over a pair of boots. Recently whilst photographing a mountain hare I could feel that I was sitting on cold and wet sphagnum moss, saturated might be a better term!  After an hour or so it felt like my backside was wet but much to my amazement it wasn’t, it was my skin that was just really cold. I’ve also tested them in deep snow, again very impressive performance and after one of the hardest days I’ve ever experienced in the mountains, I went home dry. 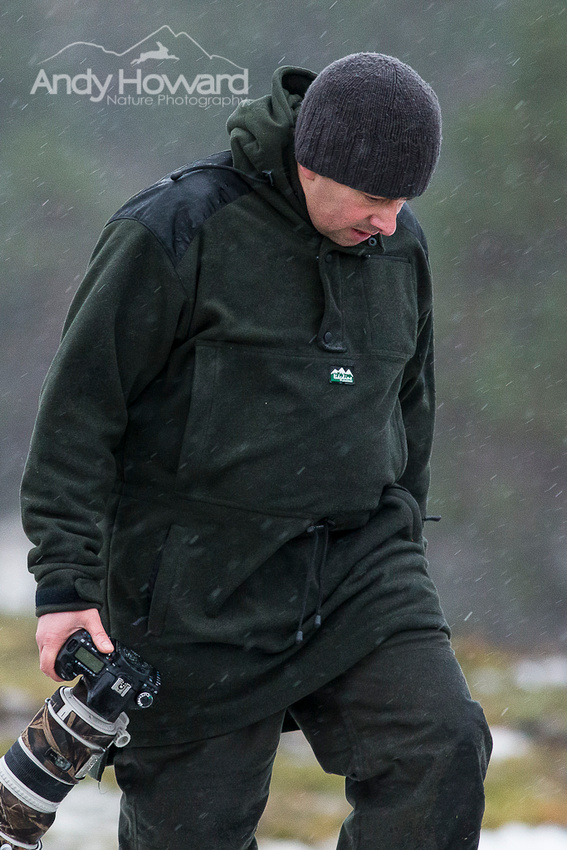 To conclude, Ridgeline clothing although designed primarily for the shooting industry is in my opinion a very well made, practical, rugged and well thought out products. The price may also come as a pleasant surprise to you. I very much appreciate the guys at Ridgeline for the opportunity to put some of their gear to the test.