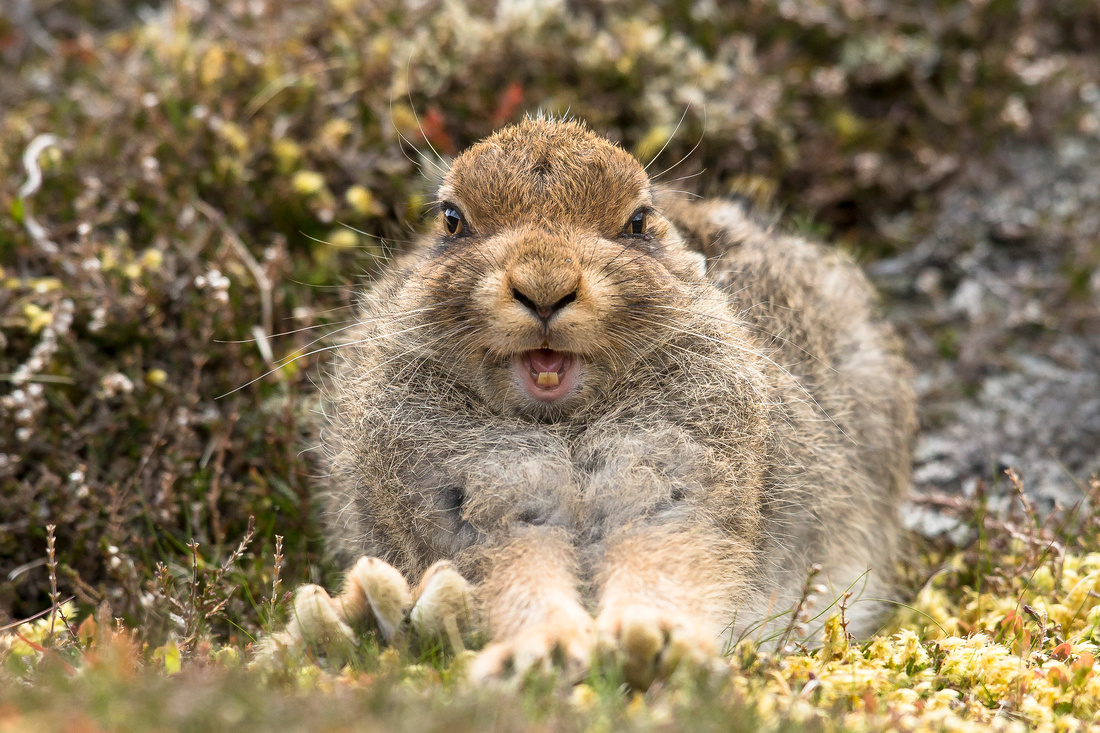 I’m beginning to wonder if winter has ever left us this year. Here we are just two weeks away from mid-summer's day and it feels like November.

I recently spent a cracking day out in the company of a client from London. For most of the day we sat on a windswept hillside hunkering down against the biting wind and driving rain. It really did feel like the conditions I’d normally expect to endure in November. Even hats, gloves, waterproof jackets and trousers couldn't halt the onset of the shivers. The only saving grace was the ultra-cute and extremely compliant mountain hare leveret we encountered. I estimated this hare to be no older than two months old, at approximately 20cm long it looked so fragile and vulnerable to the inclement weather. Saying that it was obviously very well adapted to its environment, and when a squall blew in it was smart enough to seek shelter behind a boulder, as did we! 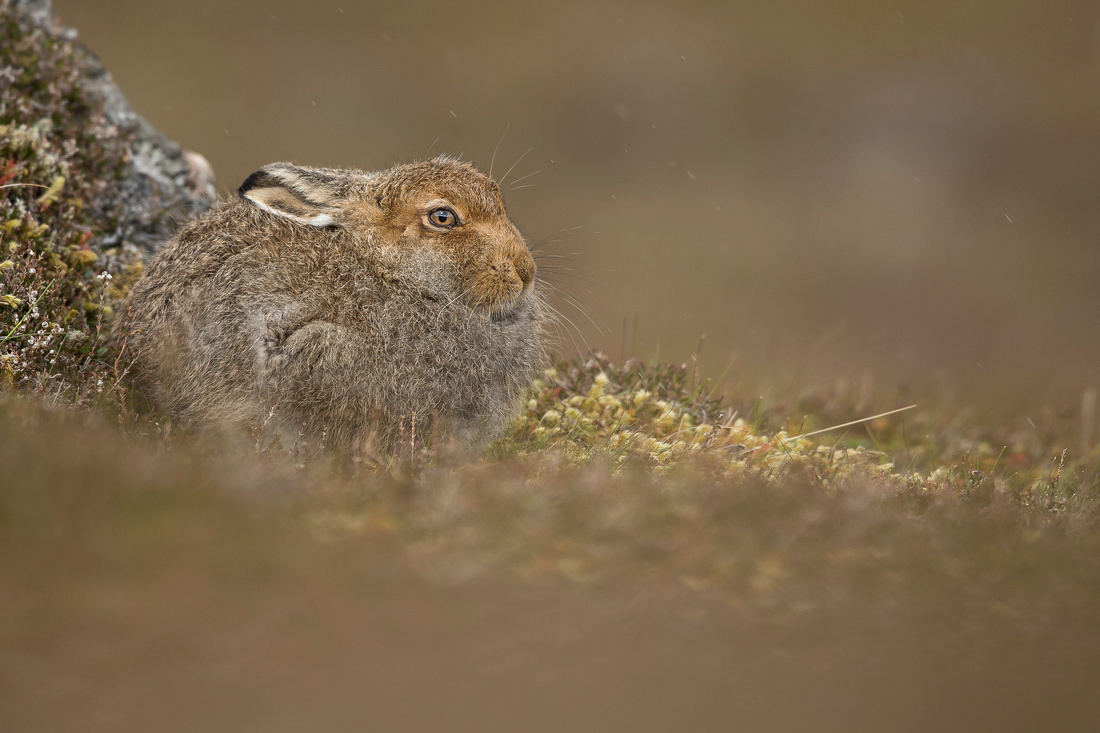 In the brief interludes between the rain showers it did find time for a bit of sunbathing, not that there was much heat from the sun’s rays. I explained to my client that every second spent with a hare is an investment which normally rewards the more patient photographers. This wee beauty didn’t fail to deliver. We were gifted with many photographic opportunities by this active wee fellow. In its relaxed state it allowed us to approach to the minimum focusing distances of our telephoto lenses. This was done with no alarm to our wee furry friend. It was only a passing Curlew’s alarm call that spooked it, but after a few soothing words from yours truly it began to settle again. I know you may have heard this from me before but I’m going to say it again. Talking to mountain hares really does settle them. My theory on this is that no predator would ever talk to its prey. Hey! Don’t laugh. It works for me; you should try it. 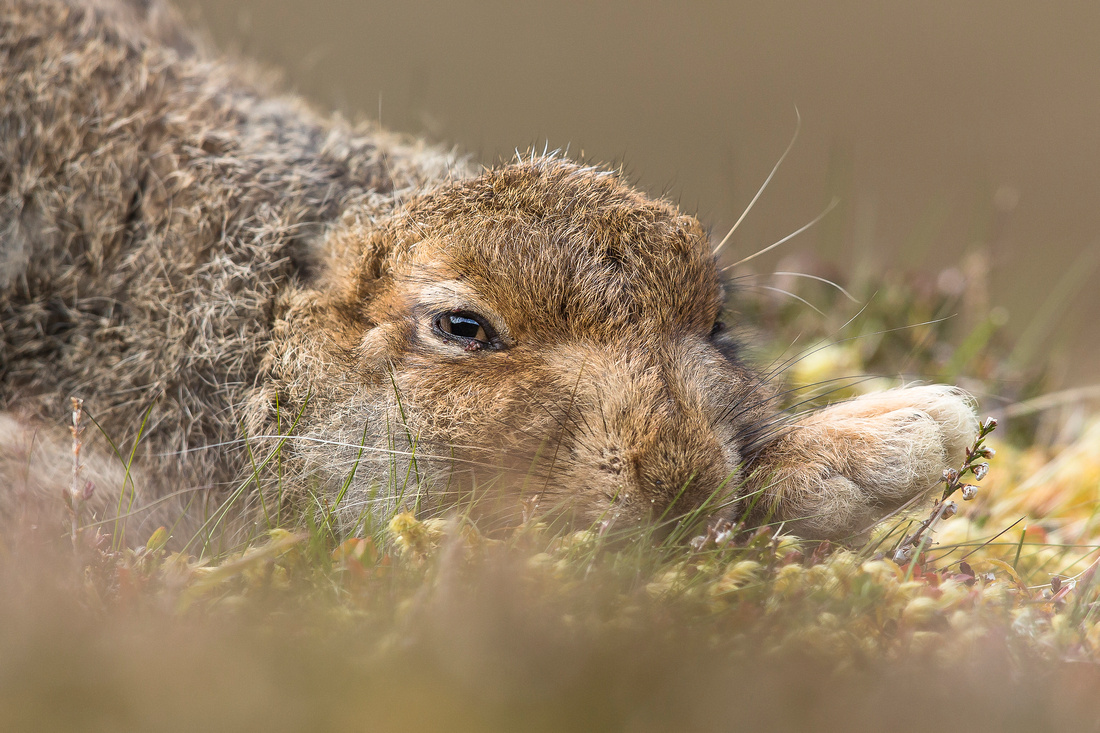 As the hours ticked by the leveret relaxed more and more, and after three hours it was behaving as if we weren’t even there. After waking up from a quick siesta it would yawn, stretch and then sit there for a moment or two in a bit of a daze, with one of its rear legs fully outstretched. It actually looks a wee bit stoned. (Maybe too much grass!) Occasionally it would awake and leave the shelter of its form and have a wee hop around. One of these ‘walkabouts’ took it to within a few metres of where we sat.  It then stopped, looked straight at us as if to say ‘where did you appear from!’ and then carried on munching on some grass. It was brilliant to be so close to what is supposed to be a timid creature, and for it to be so accepting of us being so close. 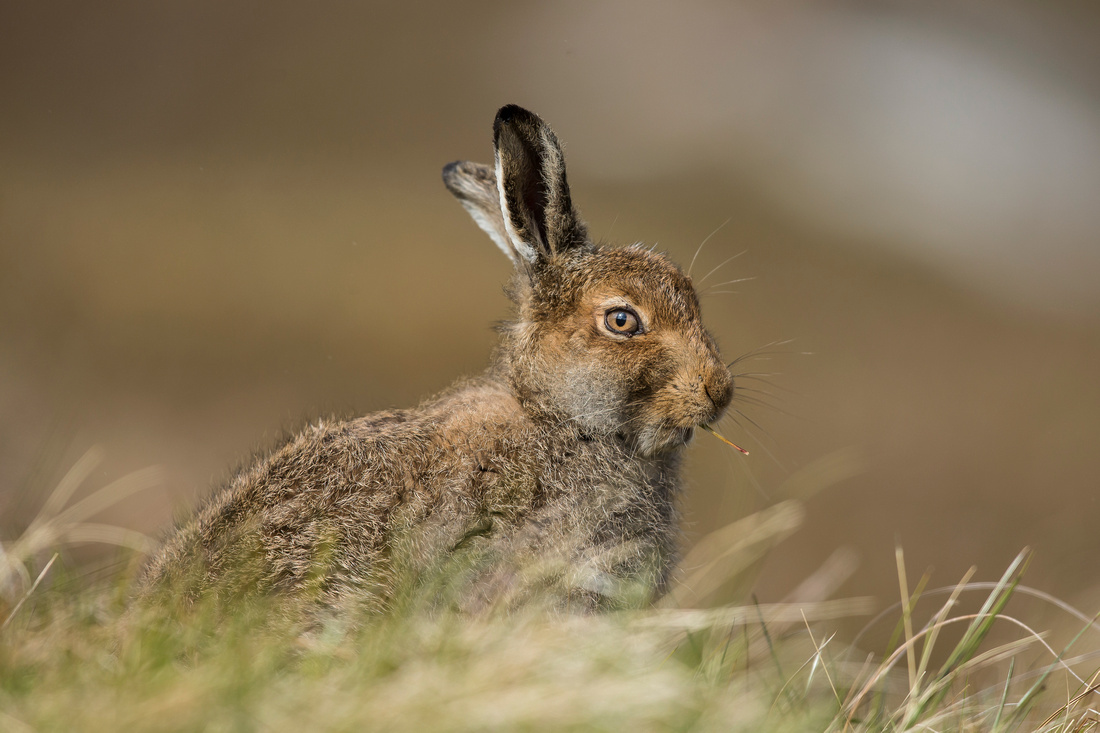 For the sake of my client and his ‘summer mountain hare’ portfolio we then moved on in search of an adult hare. Luckily we located one fairly quickly and spent the remainder of the afternoon in the company of yet another very relaxed hare. I must admit to find two mega chilled hares one after to the other is not that common in the summer months. On a typical session at this time of the year it can become frustrating. At this time of the year the need to reserve energy isn’t as imperative as in winter; therefore they are a lot more flighty. Anyone can spot a white winter hare on hillside devoid of snow, but it’s a real challenge to spot one at this time of the year with their perfectly camouflaged summer pelage. 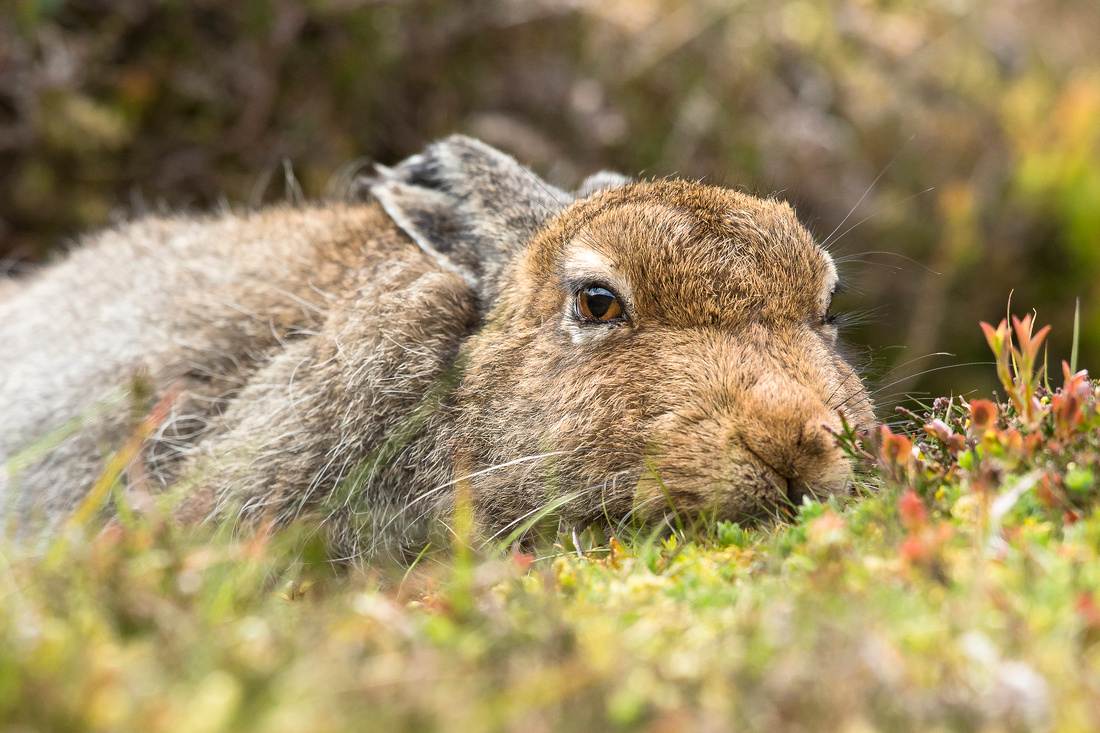 On a parting note, I’m going to admit to you something that to most of you will hardly come as a revelation. I really love these hares, I cherish every moment spent in their company. Through these encounters they allow me (and my clients) a glimpse in to their secretive lives and each visit educates me more about them and the life they lead.* 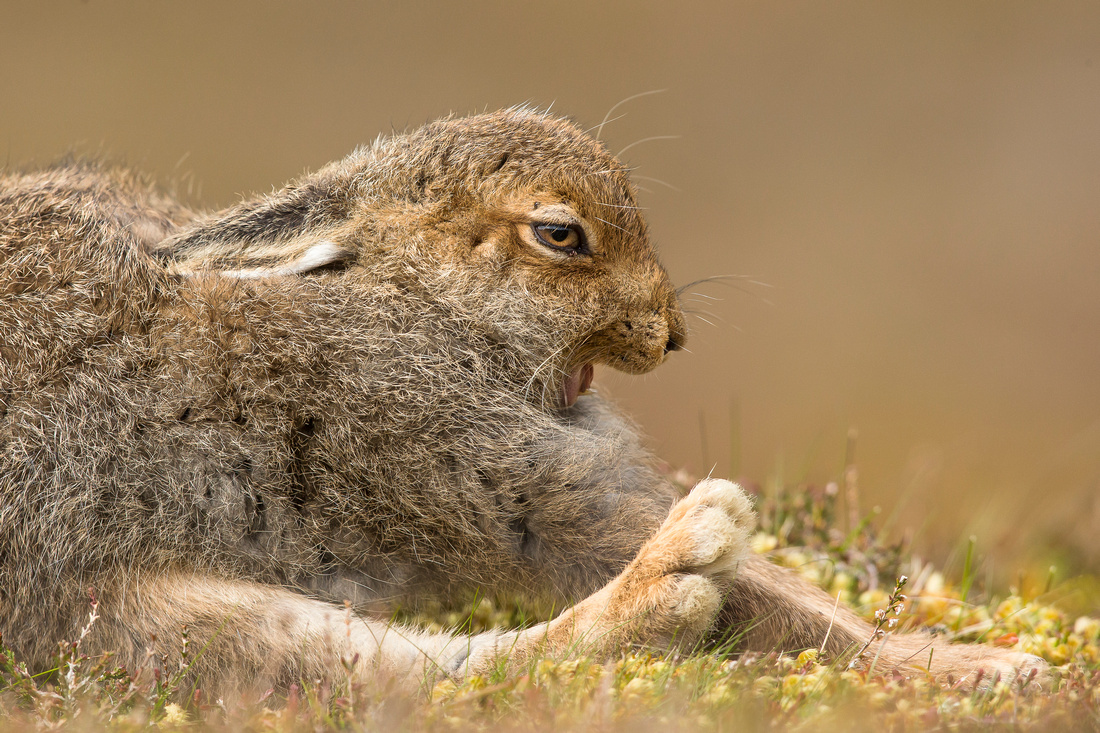 *Yesterday I’m sure I witnessed some unique and very interesting behaviour from one of the hares. Its going to remain a secret for now, if possible I’m going to try to capture it on video. If was doing what I suspect it was doing, it was pretty amazing stuff, and has never been seen before (to the best of my knowledge) Fingers crossed it repeats it.